Mike Dwyer is in his second year with the IronMen. Prior to last year he spent the previous ten years coaching in New York State at North Rockland High School. North Rockland won 4 league titles, 2 sectional titles, 1 regional title, and was a state runner up during his tenure. His responsibilities consisted of practice planning, coaching third base, budgeting, fundraising and assisting his many student-athletes with the college recruiting process. Mike successfully assisted 12 young men play baseball at the college level.

Over the past seven years Mike has successfully run his own baseball academy, Rockland Baseball Instruction (RBI). The academy consists of week-long camps throughout the months of July and August for players between he ages of 6-13.

As a student athlete Mike attended and played for the University of Richmond. He was an All-American his junior and senior years while leading the Spiders to two Colonial Athletic Conference championships as well as three NCAA tournament appearances. Mike was the CAA Player of the Year in 1999 and led the conference in homeruns and runs batted in. He was drafted by the Boston Red Sox in the thirteenth round of the 1999 draft at the conclusion of his senior campaign.

Currently Mike serves as the hitting coordinator for the Don Bosco program. Mike creates the offensive philosophy that encompasses all three levels of the Don Bosco program. His knowledge of the game and his  communication skills allow him to assist players in maximizing their potential. He has created a formula for getting the players to understand what it means to have a “plan” at the plate in all situations. Furthermore, Mike has simplified an offensive approach to allow our hitters to expand their individual power zones while making them tough, disciplined competitors in the batter’s box.

Mike lives in Stony Point, NY with his wife Allyson and their three daughters, Teagan, Aubrey, and Emery. 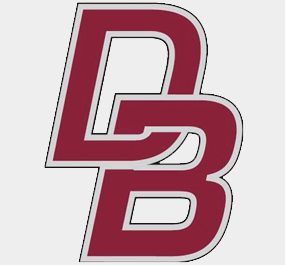